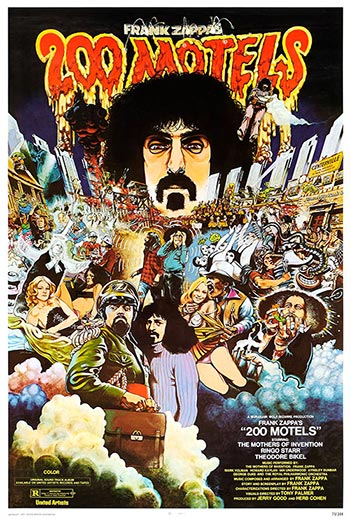 With help from a former Beatle, Ringo Starr, and a member of the Who, Keith Moon, Frank Zappa and his band draw on their own experiences in this mockumentary about the lives of peripatetic rock stars. Director Zappa takes his cameras backstage, offering a glimpse of what it’s like to be out on tour. In contrast to the popular perception, life on the road isn’t very glamorous, unless you’re into bad drugs, awful sex and the endless pursuit of applause and a little spending money.