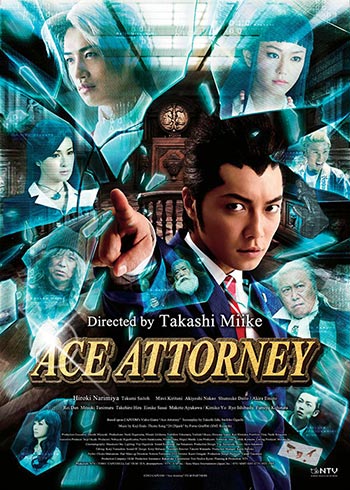 This movie is based on the second and fourth cases in the popular video game Phoenix Wright: Ace Attorney. The plot follows Phoenix Wright, a novice lawyer, who faces off against expert prosecutor Miles Edgeworth, who had a perfect win record. He defends Maya Fey, the sister of his deceased mentor, Mia Fey. The court system of the time dictates that the trial can only convene for a total of three days before a verdict must be reached. In the second case, Miles is charged with murder, and it is up to Phoenix to defend him against the best prosecutor of all time, as well as Miles’ mentor, Manfred Von Karma, who has not lost a case in forty years! In order to resolve this case, Phoenix must look beyond the drama of the court room and search for clues left by Mia on a 15 years old case, the DL-6.