Alien from the Deep (1989) Antonio Margheriti 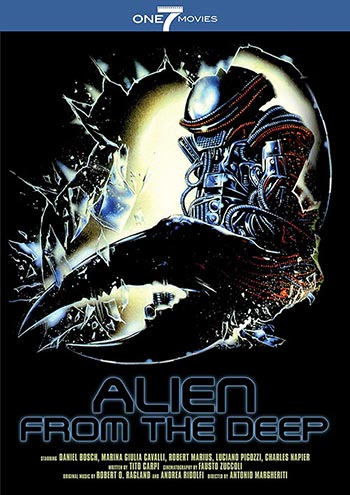 The environmentalist Jane and her cameraman smuggle onto a tropical island to investigate the activities of the E-Chem plant. They obtain videotape proof that show that instead of decontaminating radioactive waste E-Chem is dumping it into the island’s active volcano. But they are spotted and pursued by the company’s mercenaries. A mysterious snake venom farmer aids Jane in her flight. They are then witnesses as an alien emerges from the nearby lake and kills all as it heads to the plant, drawn to the nuclear waste.