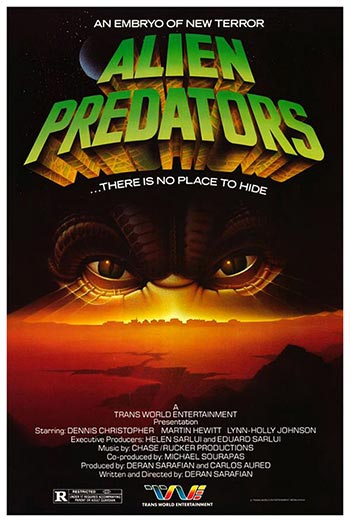 3 young friends are on vacation in Spain, until weird things begin to occur and then a man from NASA tells them what’s really going on: Dangerous Alien Organisms from the Apollo 14 Moon Mission, which was tested on animals on SkyLab. But then the organisms fell to earth with SkyLab and they are now starting to infect people by brutally killing them off. And these 3 friends and NASA scientist must get an antidote from a NASA Lab nearby and save themselves and the rest of the world.