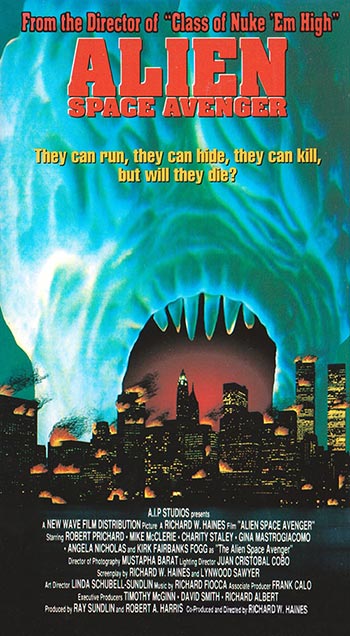 In 1939 a spaceship carrying four alien escaped prisoners crash-lands on Earth and the aliens take over the bodies of four locals. Fifty years later the aliens find out that an artist has written a comic book called “Space Avenger,” which they believe is about them. They go to New York to try to kill the artist.