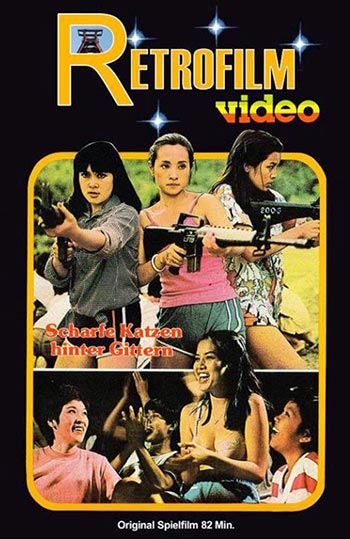 Three women captured and imprisoned by a gang of white slavers lead a bloody rebellion, aided by a detective investigating the gang.

What a find! It’s a bizarre, over-the-top HK women in prison flick. The cast is a surprisingly multi-ethnic mix of east asianers. A martial arts expert of debatable talent helps them after they escape. It’s a tremendous curiosity that has fallen into a surprising lack of notoriety.

Highlights: A giant cat fight in a courtyard between the two rival camps of prisoners– perhaps the biggest cat fight in cinema history. a bizarre, non-sensical ending in a hospital that I still don’t understand and can’t really describe. The homophobic disco sequence (an oxymoron?) in which the villain hits on the “hero.”