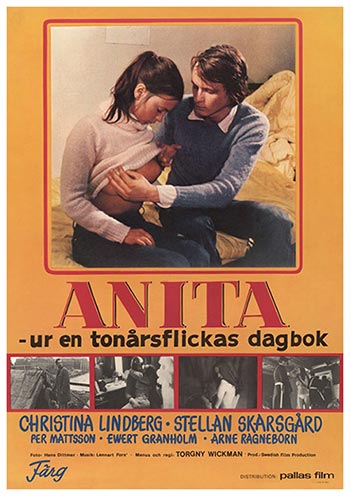 Cult star Christina Lindberg of Thriller: A Cruel Picture fame stars as Anita, a 16-year-old girl who has to have sex and it doesn’t matter with who. She picks up lawyers, junkies, little boys, drunks or even the homeless. Her sexual behavior gets her kicked out of towns but one day she meets a doctor who thinks he can help her. This Swedish picture is rather strange because it’s certainly a sexploitation title and the main goal is for the beautiful Lindberg to get naked every chance she gets but the overall tone of the movie is so serious that it’s hard to have fun with the film.