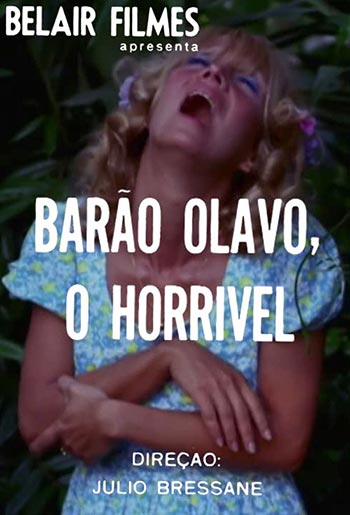 An experimental film that has pretty much no plot, an homage to horror films.

Bressane’s first color film, shot in the home of the artist Elyseu Visconti. Horror and humor to deal with the subject of insanity: “In the end everyone leaves the house as though they were laboratory mice escaping, they invade the city and contaminate the world”. “If we talk about horror, this film deals with national horror, with Mojica Marins as an emblem. There might be a few touches of Corman and English horror, but it is another level of horror. What transformed the film was the location where we were shooting, the house of a 19th century painter, a receptacle of light. When I arrived and saw that house, that light, I said: ‘This is the film. This is the horror’. The meaning of the film, its appeal, derives from this laboratory of light” (J. Bressane).