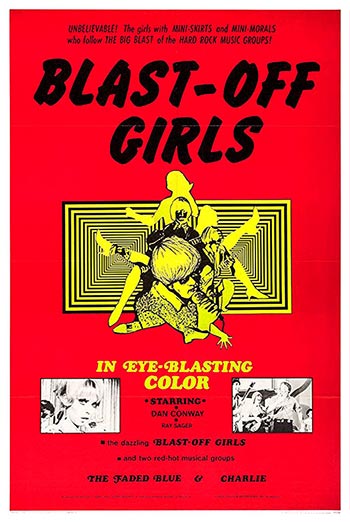 Sleazy music promoter Boojie Baker convinces a pop band to come work for him. He arranges play dates, publicity, record contracts, and the band’s loyalty by getting his hired girls to exercise their feminine charms on all who stand in his way. Thus he creates the new music sensation, The Big Blast, but the band is unhappy about Boojie keeping most of the money. When they try to leave, Boojie sets them up for trouble with the law, but offers to bail them out if they sign the contract. Can’t anyone stop this scum bucket?