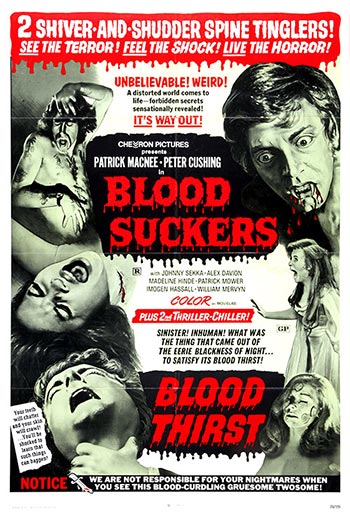 A sex-crimes specialist from New York travels to the Philippines to help his friend, a Manila homicide detective, solve a series of murders.

Blood Thirst tells of an American detective investigating a series of vampiric murders linked to a Manila nightclub. Blood Thirst was filmed in the 1965 but not released until 1971 in the USA, where it mostly played the grindhouse circuit.