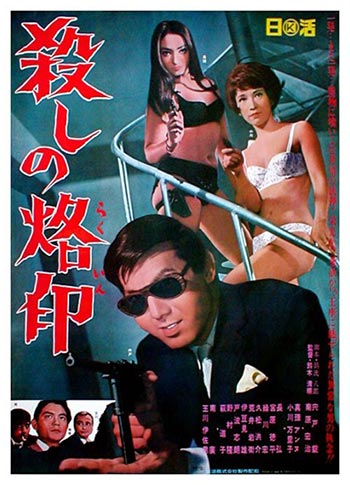 The number-three-ranked hit-man, with a fetish for sniffing boiling rice, fumbles his latest job, which puts him into conflict with a mysterious woman whose death wish inspires her to surround herself with dead butterflies and dead birds. Worse danger comes from his own treacherous wife and finally with the number-one-ranked hit-man, known only as a phantom to those who fear his unseen presence.

Branded to Kill is wild fun, and has been favorably and frequently compared to the work of artists as different as John Woo and David Lynch — which makes it all the more exhilarating when you realize it was made in 1967.