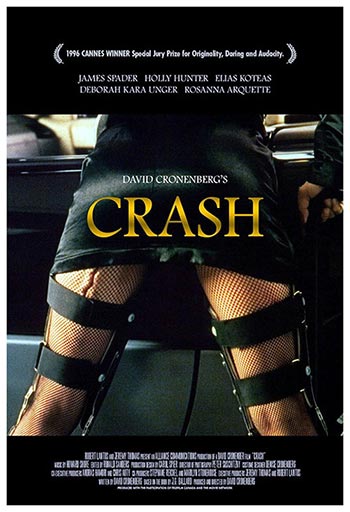 Since a road accident left him with serious facial and bodily scarring, a former TV scientist has become obsessed by the marriage of motor-car technology with what he sees as the raw sexuality of car-crash victims. The scientist, along with a crash victim he has recently befriended, sets about performing a series of sexual acts in a variety of motor vehicles, either with other crash victims or with prostitutes whom they contort into the shape of trapped corpses. Ultimately, the scientist craves a suicidal union of blood, semen, and engine coolant, a union with which he becomes dangerously obsessed.