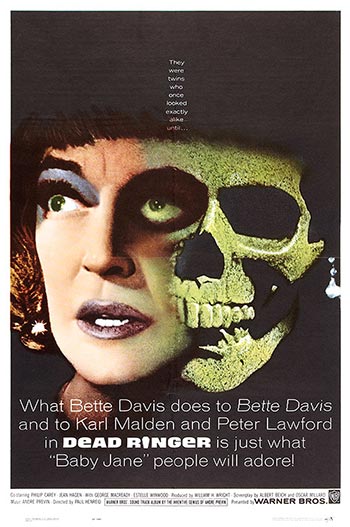 After the funeral of her brother-in-law, Edith Phillips learns that Margaret de Lorca, her rich twin sister, had tricked her way into marriage with the man she also loved. So she kills Margaret and assumes her identity and life-style. However, her life becomes complicated by her late sister’s sleazy boyfriend, Tony Collins and Sgt. Jim Hobbson, a Los Angeles detective who loved the “dead” Edith.