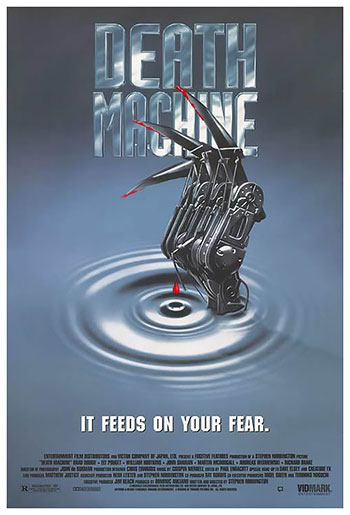 Chaank Armaments is experimenting with the ultimate fighting machine which is part human – part machine. So far, the Hardman project has been unreliable and has killed a number of innocent people. The genius behind this project is Jack who lives in a world of models, toys and magazines. When he is fired by Cale for killing a few corporate officers, he unleashes the ultimate killing machine called the ‘Warbeast’ against Cale and those who would help her.

The point is: This movie is a blatant *tribute* to Aliens, Die Hard, Evil Dead, Terminator, Predator, Rocky, and numerous other action/horror movies. The characters are even named after famous action/horror directors (see trivia). The plot is a brilliant rehash of nearly every great action/horror movie ever made! It’s meant to be funny!