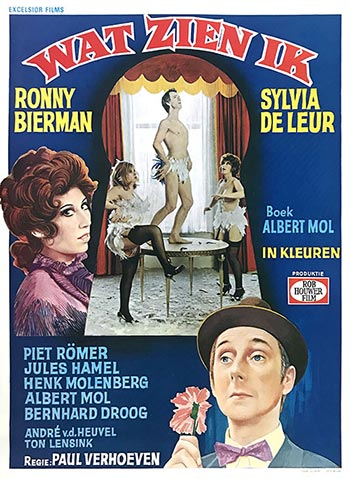 Blonde Greet is an experienced, but kind hearted, prostitute in the Red Light District of Amsterdam. Her friend and also whore Nel lives on the second floor of her house, and is explored and abused by her pimp. When Greet meets the married Piet, they feel a great attraction for each other, and Nel decides to find a boyfriend and become a straight woman. But life is not like a Hollywood movie in the streets of Amsterdam.

Controversial director Paul Verhoeven made his feature-film debut with this Dutch comedy-drama about two prostitutes working in the Amsterdam Red Light district, and the many strange and unusual men they meet through their work. Also known as Diary Of A Hooker, Business is Business, and Any Special Way, Wat Zien Ik? was based on the short stories of Albert Mol; the film was photographed by Jan de Bont, who later went on to become a successful director himself.