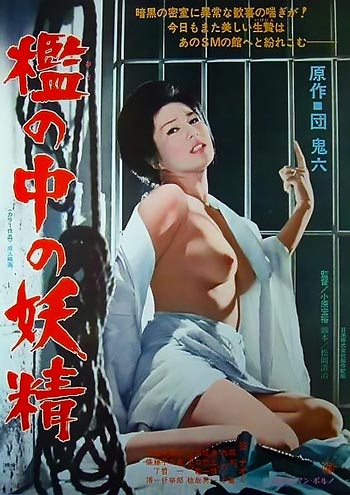 During World War II, the tyrannical Judge Murayama uses his military power to imprison and torture innocent people. Suspected of helping an anti-government movement, the lovely Namiji Kikushima is captured, along with a local kabuki actor. Helpless and unable to escape, the two are subjected to a grueling series of tortures including rope bondage and physical assault. As the Judge and his evil assistant Kayo revel in their perverse fetishes, a new military recruit they have hired named Taoka may be the key to the prisoners’ freedom. He loves Namiji and will do whatever he can to help her, even if it means betrayal to organize an escape.

Koyu Ohara, who directed hilarious nunsploitation flick “Wet and Rope” and shocking “Zoom Up:Rape Site”, made also this softcore torture film. Naomi Tani and Rei Okamoto play victims of the Japanese military’s World War II Inquisition division, the Kempe. Sadistic Judge Murayama (Hirokazu Inoue) captures both and brings them to his private torture chamber for some sado-sexual humiliation. “Fairy in a Cage” is a stylish S&M oriented pink with plenty of sleaze and depraved Sadean atmosphere to boost. The direction by Koyu Ohara is crisp and the acting is great. “Fairy in a Cage” was followed one year later by slightly inferior and less interesting “Rope Hell”. Recommended.