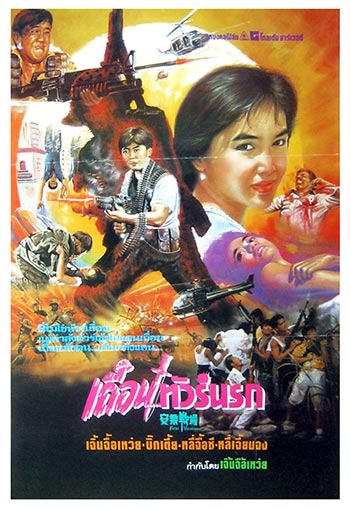 A pleasent trip to the Phillipines is turned into tragedy when the tour bus is kidnapped by a group of rebels that want to exchange the prisoners for the Rebel Leader’s brother. The Leader tells the hostages to hang in there and they’ll be released when the goverment releases his brother. The goverment renages and kills the brother and this enrages the Leader who now plans on killing his hostages one by one. Can Eric Tsang and Co. escape the carnage that lies ahead of them or will they end up in the pit?

A fast-paced actionfest about a group of tourist who are kidnapped by some local terrorists while on vacation on the Philippines. Who will survive and what will be left of them? FATAL VACATION is a great and very violent action movie with some sequences that are pretty hard to watch. The bodycount is incredible (mostly of the bodies-riddled-with-bullets variety) and though it’s not so gory one doesn’t shy away from the violence either. Recommended.