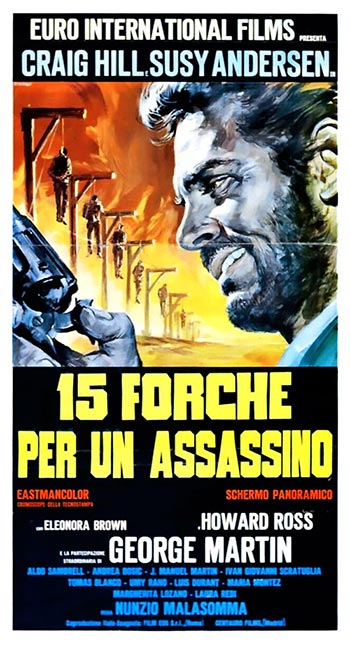 In the far and distant future of 1968, many ships and planes are crossing the North pole to transport passengers and cargo. However lately more than eight ships and seven submarines have vanished mysteriously. The Tigershark is sent out to investigate their whereabouts and – if possible – remove the cause of their disappearance. But the life form Commander Vandover and his crew encounter may be too powerful even for their weapons of newest technology…

Fifteen Scaffolds for the Killer (1967)