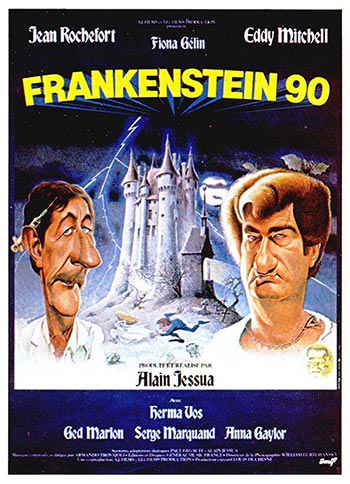 French cybernetics genius Victor Frankenstein carries on the work of his notorious ancestor and creates a monster, albeit one with a penchant for philosophy, etiquette and occasional bouts of murderous rage. But when the creature develops a hunger for l’amour, Frankenstein and his understanding fiancé use a cache of freshly murdered strippers to build the creature a beautiful yet dutiful bride. Can the undead find true love in a cold world, or will the French ways of passion unleash some monstrous surprises upon them all?

Imagine Mel Brooks”Young Frankenstein’ but in color and with a whopping dollop of nudity and graphic, rampaging sexual appetites. In fact, the quest to satisfy the monster’s carnal curiosity is the focal point of the film. More than likely, American horror fanatics have never seen anything quite like this. French pop star Eddy Mitchell stars as ‘Frank’ (the monster), and the film boasts two extremely sexy female leads that do not disappoint. Fiona Gelin (as Elizabeth) is simply stunning.