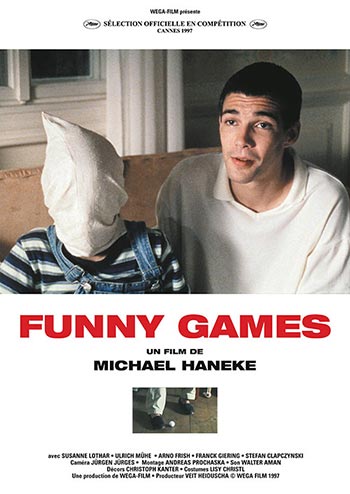 Two seemingly well-educated young men, who call each other Paul and Peter among other names, approach a family on vacation. They are, apparently, friends of the neighbors, and, at the beginning, their true intentions are not known. But soon, the family is imprisoned and tortured in its own house violently, which the viewers are forced mostly to imagine and to share a certain complicity with the criminals. It might be some kind of game with the lives of husband, wife, son, and dog, but why are they doing it?

If you hate shockers, don’t watch it. It will only be torture. And don’t watch it it personal crisis. This movie will make you feel bad.