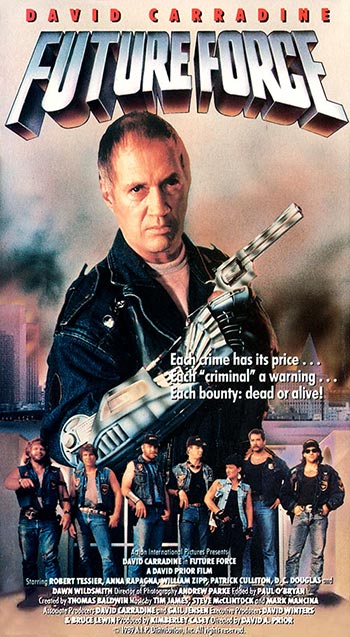 A bounty hunter (David Carradine) with a high-tech arm becomes a renegade from the Civilian Operated Police Systems.

John Tucker is the notoriously feared leader of the Civilian Operated Police Systems, a ruthless band of bounty hunters formed to restore order in a city overrun with crime. In the name of the law, and armed with an arsenal of weapons, he will stop at nothing to capture each bounty. But when corruption is exposed within the C.O.P.S. organization–instead of upholding the law–John Tucker will be forced to fight it.