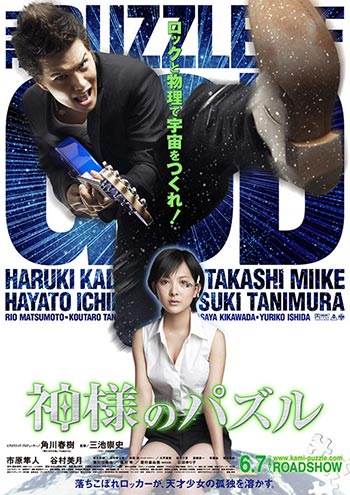 Hayato Ichihara (Juon 2, Rainbow Song) stars as twins – one a diligent student and one who is drifting through school and life. They join forces with a pretty, brilliant, dropout (Mitsuki Tanimura) to unlock the secrets of the universe and build one of their own.

God’s Puzzle is based on the prize-winning, bestselling novel by Shinji Kimoto. Cult Japanese filmmaker Takashi Miike is best known for his grotesque horror films including Ichi the Killer, Audition, Gozu, and One Missed Call, but is creating more lighter fare this time.