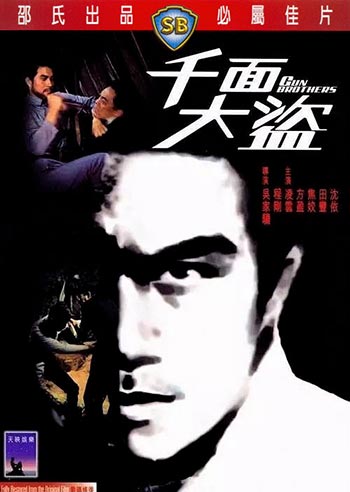 The Gun Brother is a mysterious and unidentified rebel who attacks the Japanese forces. By day he’s a suave playboy and by night he is raiding the enemy.

Welcome the “Bandit with a Thousand Faces” to the ranks of the great screen “outlaw heroes”. Like Zorro, he uses a secret identity as a playboy to foil tyrannical Shan Yung county authorities. Bringing this swashbuckling adventure to the screen is a cast and crew fairly bursting with talent – including directors who were also popular actors and writers, and an actor (Ling Yun) – playing the lead dual role of twin brothers – who was also the director/ writer of some of the greatest martial art epics ever made!