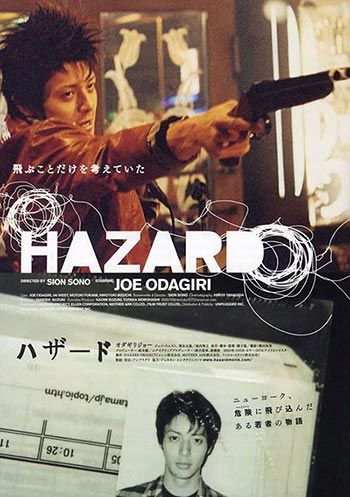 Going insane from his boring and typical Japanese life, college student Shin becomes fixated on one of the most crime-ridden places on Earth, the fictional New York City area known as Hazard.

Shin decides to travel there and experience a more dangerous lifestyle first-hand, abadoning college and his old life in the process. Arriving in New York, Shin is quickly roughed up and robbed by the locals.

However, things get crazier when Shin meets two Japanese who have a penchant for robbing stores with shotguns and selling cocaine-laced ice cream…