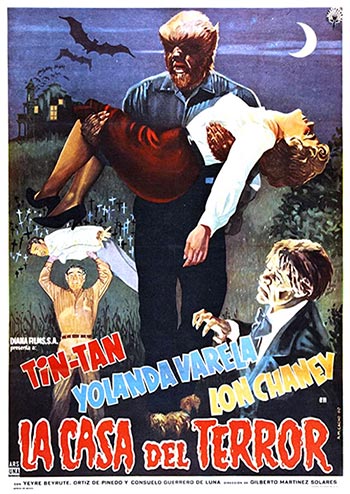 Casimiro, night watchman at a wax museum of horrors, is even more sleepy than his usual laziness makes him – because his boss, the Professor, is secretly draining blood from him while he dozes to use in experiments in raising the dead. These haven’t worked so far, and the bodies have been waxened and placed on display in the museum to cover his crimes. His big chance seems to come, however, when he learns that the mummified body of a modern man has been found in an Egyptian sarcophagus. The professor and his two henchmen steal the body and take it back to his lab – where the experiment flops again.