In a Glass Cage (1987) Agustí Villaronga 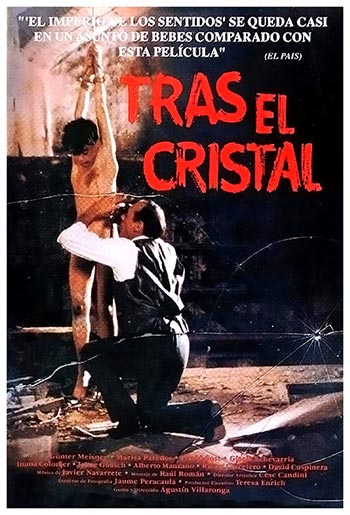 In Spain, the former Nazi doctor Klaus tries to commit suicide jumping off the roof of his manor. However, he survives with the entire body paralyzed and dependable of an iron lung with glass sides. His wife Griselda decides to hire a nurse since she does not bear the situation. Klaus asks Griselda to hire Angelo, a mysterious teenager that appears in their house. Angelo befriends Klaus’ daughter Rena and sooner it is shown that Klaus was a pedophile that loved to feel the fear of death in young boys before abusing and killing them. Further, Angelo is a disturbed and totally insane victim of his experiments that intends to follow the insanities described in Klaus’ diary and incorporate his personality.

“In a Glass Cage” has to be one of the most disturbing horror films ever made. The film is extremely intense and so incredibly depressing and powerful in its honest depiction of mankind’s failure and instincts towards violence and sadism. The soundtrack is outstanding and the music alone will make the viewer speechless, not to speak the sound of an iron lung.

The acting is excellent, but there are several truly disturbing scenes of pedophilia and child murder. “In a Glass Cage” is a very difficult movie to watch, however you’ll also walk away mesmerized by the disgusting beauty of this film itself. Give this overlooked masterpiece a look.