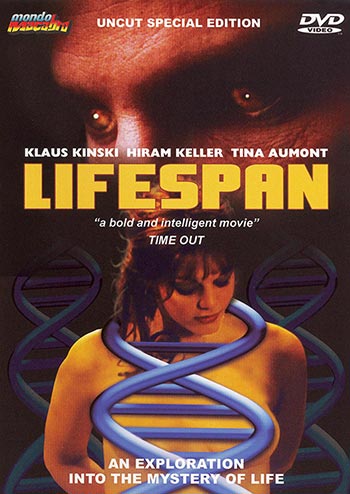 Cult icon Klaus Kinski features in this dark and intriguing existential thriller. He plays the mysterious “Swiss Man” – ruthless industrialist Nicolas Ulrich – who is obsessed with a search for the elixir of life. He tricks a young American scientist into joining him on his demonic quest. A quest that ends in suicide, death and madness.

The story takes place in the atmospheric European city of Amsterdam. Its winding alleys and ancient canals trap the characters in a labyrinthine maze as they find themselves manipulated like figures on a giant chess board.