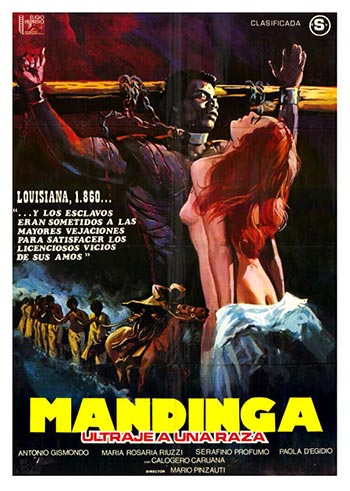 A widowed plantation owner, Richard and Rhonda, his mistress (his wife’s cousin) take lots of pleasure in beating and having sex with their slaves. Clarence, the son of the owner comes back from his travels aboard. Rhonda decides to bed her nephew also even though he is engaged to be married to the daughter of a priest. There is also an illegitimate child born of a female slave that surprisingly does factor.

White Plantation Manager: “Not only did I interrogate her, I did it so well she died before I could get any answers from her!”

All the black actors have 70’s afros, and say “yes, massa” in a high-pitched voice. The female lead has sex with everybody on the plantation. 10 Stars for fans of tasteless sleaze.