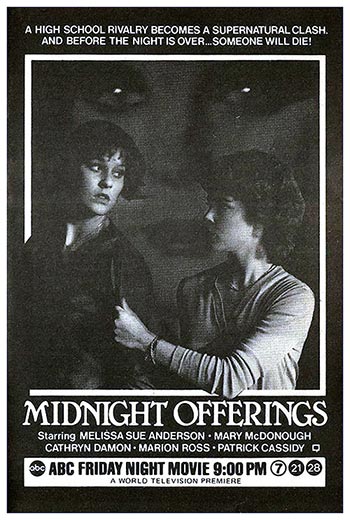 Vivian has magic powers. She doesn’t hesitate to save her boyfriend David from failing in school by murdering teachers. However, David has gotten tired of her and is putting his charm on a new girl in school, Robin. Robin discovers that she also has magic powers, and it comes to a mental showdown between the two women over David.