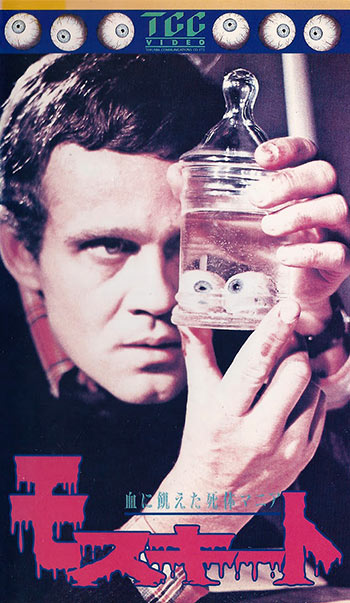 A deaf and dumb accountant suffers from a psychic trauma in his childhood. He is collecting puppets and mutilates female bodies in the mortuary. After his secret love died by an accident he starts to kill.

“Mosquito the Rapist” is a gross, creepy and disturbing horror film that truly has to be seen to be believed. This strange necrophilia shocker offers few haunting moments and contains truly eerie mood throughout. Werner Pochath plays a nameless deaf mute accountant, who is still recovering from horrific child abuse. He has a weird fixation with blood spilling across his skin. One night he breaks into the local mortuary and ravages really pretty female corpse. Now addicted, he raids the tombs of the dead and drinks blood from their throats via a glass straw. This seriously twisted and perverse piece of sleazy horror was apparently a major influence on Jorg Buttgereit’s “Nekromantik”. There is some gore and plenty of sleaze,so fans of exploitation cinema won’t be disappointed.