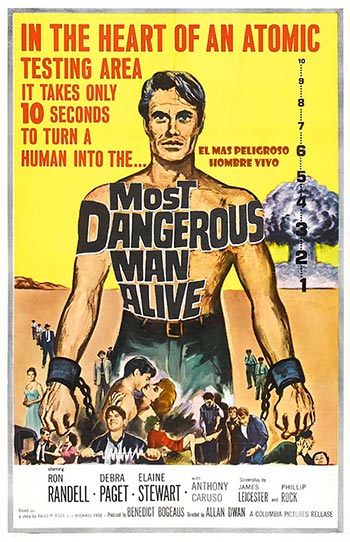 Mobster Ron Candell is set up by his underlings – principally Andy Damon – and is convicted of murder. He escapes but finds himself in a nuclear testing area. He survives the blast but his body begins to undergo change at the cellular level, making him a man of steel. He makes his way back to town seeking revenge on those who testified against him, including his ex-girlfriend Linda Marlow. As he continues to mutate however, he become ever more dangerous. Stopping him however is easier said than done.