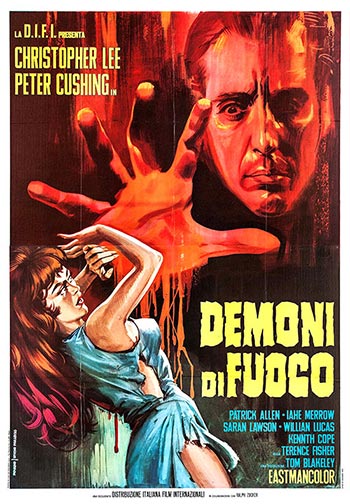 While mainland Britain shivers in deepest winter, the northern island of Fara bakes in the nineties. The boys at the Met station have no more idea what is going on than the regulars at the Swan. Only a stand-offish visting scientist suspects aliens are to blame. Meanwhile the new secretary to the local best-selling author is raising the temperature in her own way.

A great cast that includes, Patrick Allen, Jane Merrow, Sarah Lawson and in guest roles, Christopher Lee and Peter Cushing. Directed by the great, Terence Fisher, this is another triumph in Fisher’s library of films and to this viewer, ranks right up there with his Hammer horror films as well as the underrated, Island of Terror.