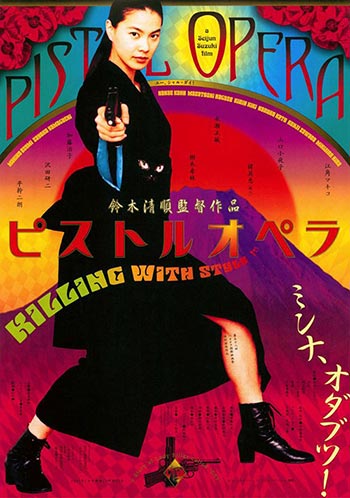 Did you know that there is a ranking of the best assassins of Japan? In the spirit of 1967’s Branded To Kill, also by director Suzuki Seijun, comes Pistol Opera. The assassin ranked third is out to kill the first and move herself up the ladder of hierarchy. What follows is drama, action, a mysterious visitor, an impolite manhandling of a man in a wheelchair, Japanese costumes, several employment offers, a couch and even a pre-teen girl.