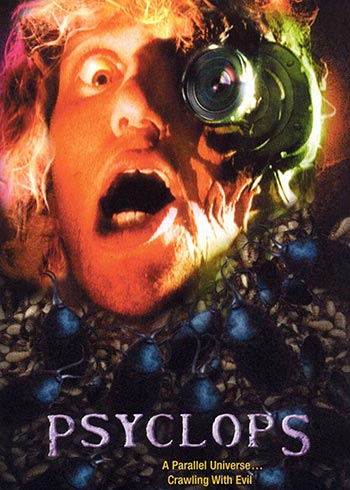 Video geek Shepard ‘Shep’ Franco (Dan Merriman) uncovers a 135 year old videotape on which mad scientist Artemis Winthrop (Phip Barbour) displays a machine he’s invented, which he believes can bridge dimensions. With his buddies Kim (Irene Joseph), Dave (Rob Monkiewicz), and Heather (Diane Di Gregorio), Shep tracks down the machine despite warings of Winthrop’s great-granddaughter, a wiccan named Amelia (Liz Hurley). Shep restores the machine and while video taping it in action, a horrible accident transforms him into the ultimate tapehead (while unleashing killer bugs from another dimension and a few walking corpses along the way). Shep kidnaps Heather to turn her into his monster bride and only the intervention of the mysterious Amelia can halt the madness.