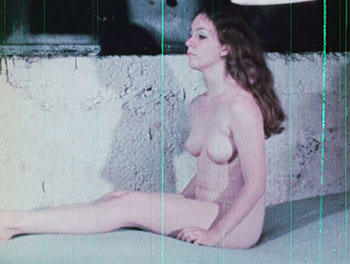 A geeky “scientist” revives dead naked women on slabs in his dirty basement by sticking a vacuum cleaner hose in their mouths. Reanimated but mindless, his Robot Love Slaves obey his every perverted command.

Meanwhile his white-trash wife, whose faking that she’s paraplegic, is having an affair with some other geezer. Then, look! It’s none other than the Down-&Dirty Diva herself, Miss CANDY SAMPLES doing a three-way with another guy and gal.