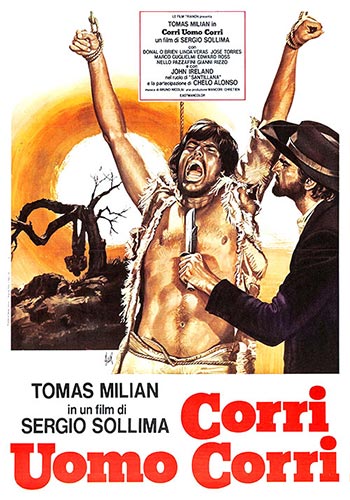 Several competing groups and mavericks (including the lead character Cuchillo) are hunting a gold treasure of $3,000,000. The gold was reserved for the Mexican revolution.

“Run, Man, Run” (1968) is a Revoloutionary Spaghetti Western directed by the third “Sergio” (after Leone and Corbucci) Sergio Sollima. It stars Thomas Milian as Cuchillo the peasant, reprising his role from “The Big Gundown” (1966), who becomes involved in the hunt of a large cache of gold in Texas.