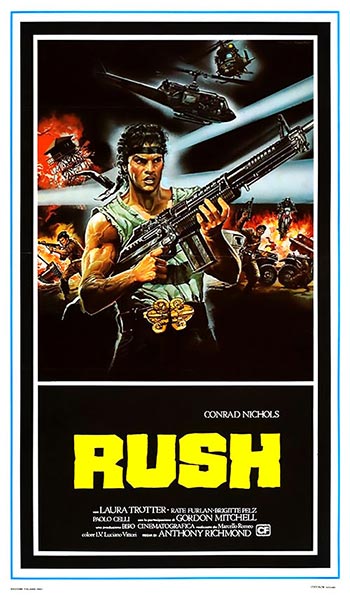 Rush is a solitary survivor, existing as a scavenger in a post-nuclear holocaust world. Water is scarce, as is plant life, and often fought to the death for. Rush discovers that water is being hoarded by the evil Yor and becomes a one-man army to save the world. Most of society is barely hanging on, living in tattered rags. Yor maintains order by using a well armed militia, the Untouchables and he is experimenting with ways to repopulate the Earth’s plant population. Rush counters with his own group of freedom fighters.