Scenes from the Class Struggle in Beverly Hills (1989) Paul Bartel 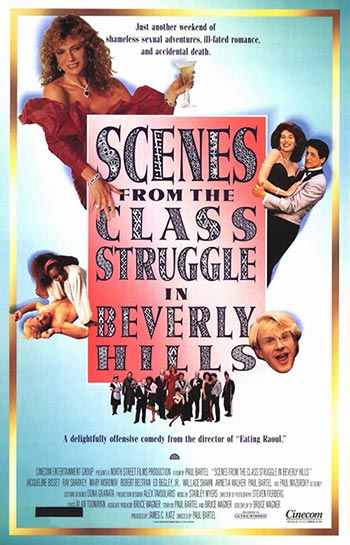 A divorcée, whose house is being fumigated, temporarily moves in with a friend, whose husband has recently passed away. Meanwhile two of the workmen make a bet that they can bed the women and the games are on. Mixed into the mess of filthy rich individuals are the divorcée’s ex, her script-writer brother, his new African-American wife, the friend’s precocious daughter, and the ghost of her husband. The film offers a satire on the social, racial, and hedonistic lifestyles of the rich and famous.

Scenes from the Class Struggle in Beverly Hills (1989)