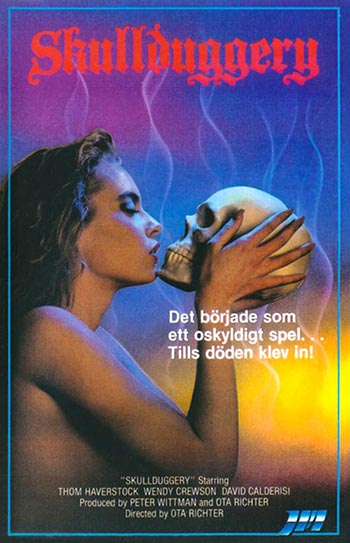 Simply, Adam is a man who happens to come from a long line of men cursed. He succumbs to the curse, and basically goes on a killing spree.

One of the strangest movie ever made, probably, an unbelievable mixture of horror and fantasy, with really cheap special effects, bad acting and a terrible scenario. The curse of a medieval warlock is cast upon generations of men and a young roleplayer of today is forced to become a sort of serial killer, unable to comprehend what is real and what is not. A few of the deaths are creative, at least, but nothing can save this movie from the depths of the charts, as it is too full of crap to be taken seriously, even simply as a late addiction to the slasher flu that took the horror scene like a tide in the first half of the Eighties