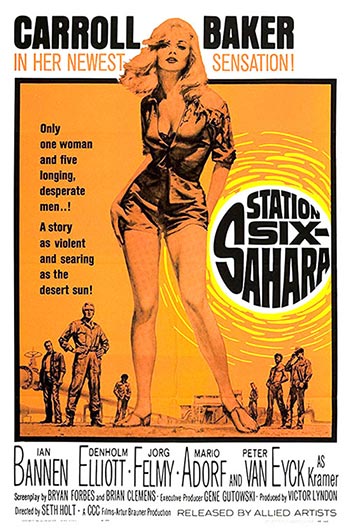 Five lonely men are stationed at an international oil rig in the Sahara desert. The leader of the group, the German Kramer, forms a rivalry with the newest member of the group, another German named Martin. When a car crashes into the station, the workers rescue a beautiful American, Catherine, and her jealous husband, Jimmy. Catherine plays with the affections of both Kramer and Martin, making the already tense atmosphere at the base even more strained.