Stop the World… I Want to Get Off (1970) Giancarlo Cobelli 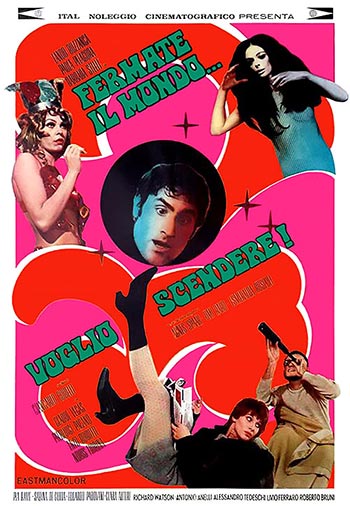 This lysergically madcap Italian flick largely eschews any traditional plot. The most noticeable thread involves ventriloquist Ricky becoming a TV star, dressed up as a superhero with an “impish robot” dummy.

The film is mostly a series of delirious throwaway gags. The striking and vibrant cinematography is from Dario Di Palma (Death Laid an Egg), which should give you an idea of the surreal pop art confection this is.

Stop the World is both enduringly pretentious without taking itself too seriously in the way only shambolic faux-arthouse psychedelic films of the era could be.