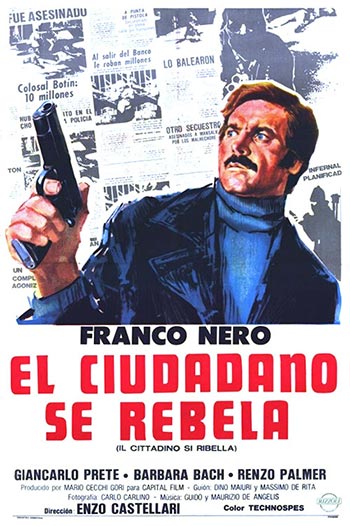 The legendary Franco Nero stars as Carlo Antonelli, an average citizen until the day he is brutally beaten during a violent robbery. But when the police drop the case and the suspects remain free, Carlo is pushed beyond his breaking point. Now one man will launch an all-out war against the criminal scum who plague our cities, where justice has its own rules, vengeance needs no badge and the only force that matters is STREET LAW. Barbara Bach (BLACK BELLY OF THE TARANTULA, THE SPY WHO LOVED ME) co-stars in this vicious DEATH WISH-inspired crime thriller (also known in Europe as VIGILANTE II) directed by Italian action maestro Enzo Castellari (THE HEROIN BUSTERS, KEOMA).