Teens in the Universe (1975) Richard Viktorov 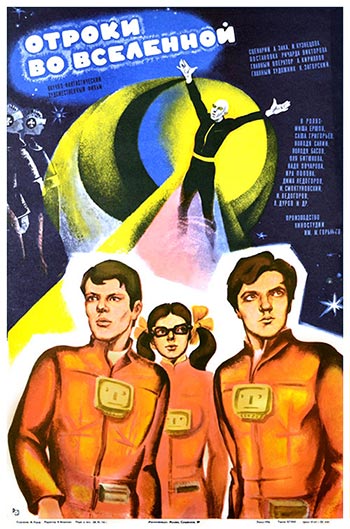 Interstellar expedition equipped by “pioneers”(soviet scouts) reached Alpha Kassiopea and found that smart robots took control on hole planet. Their only goal – to make happy , as they understand, their masters. Happines was, actually, sutisfactions of primitive needs, and removing “disturbing” emotions like love, responsebility etc. A many years ago they succeded to reach this goal and all aborigines died out. A very little amount of people escaped from “total happening” and their descendants orbiting the planet in a big orbital station for many generations. Brave soviet pioneers land on a planet, destroy robots and bring it back to their residents.