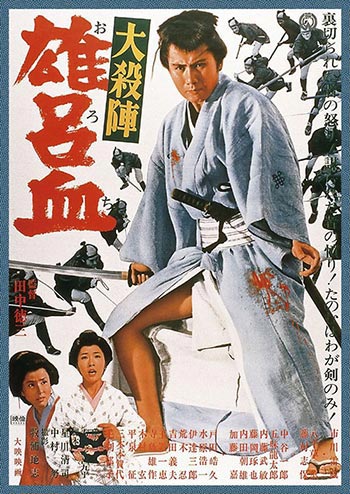 A naively honorable samurai (played by Raizo) comes to the bitter realization that his devotion to moral samurai principles makes him an oddity among his peers, and a very vulnerable oddity in consequence. He takes the blame for the misdeeds of others, with the understanding that he will be exiled for one year and restored to the clan’s good graces after the political situation dies down. As betrayal begins to heap upon betrayal, he realizes he’ll have to live out his life as a master-less ronin, if not hunted down and killed.