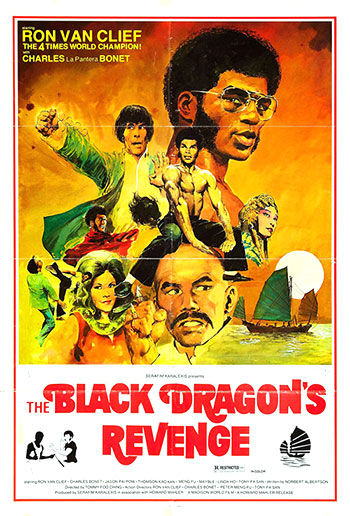 Director Chin-Ku Lu maintains a constant snappy pace throughout and stages the copious exciting fight scenes with a reasonable amount of flair. The villains are a truly mean and hateful bunch of no-count individuals; my favorite was the nasty lady who brandishes poisonous snakes. Van Clief’s likable and charismatic presence rates as another plus; the engaging chemistry between Van Clief and Bonet really keeps the picture humming. The fairly polished cinematography, a generous sprinkling of brutal violence, the urgent, driving, wildly dramatic score, and the inevitable amusingly cruddy dubbing are among the other goodies to be relished in this hugely enjoyable chopsocky exploitation outing.