The Caper of the Golden Bulls (1967) Russell Rouse 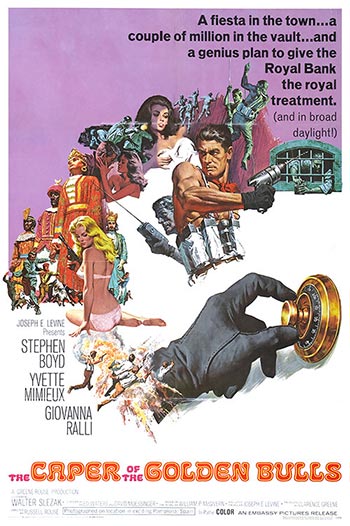 Peter Churchman stopped robbing banks a long time ago and is now living as a wealthy and respected citizen in Pamplona, Spain. But then his former companion Angela appears and blackmails him to help her robbing the Spanish National Bank of Pamplona. He gives in and develops a brilliant plan… Will this be then end of his comfortable life?