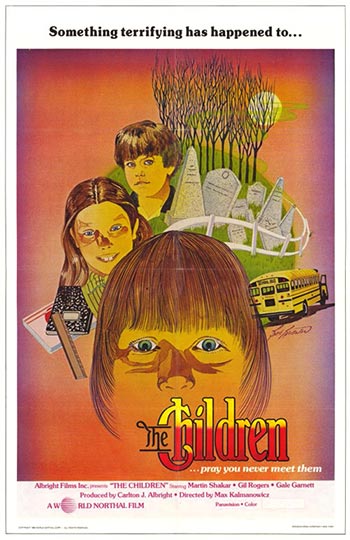 A busload of children has disappeared from the quiet New England town of Ravensback, and Sheriff Billy Hart is on the case. A short while later, he manages to track down the kids, but unfortunately they seem to have been transformed into murderous zombies by a cloud of radioactive gas. How can he stop the killer tykes before they destroy the town?

Entertaining and somewhat silly low budget Sci-fi/horror flick with an interesting plot and some shocks. The acting with some of the special effects are kind of bad but the film is a riot, this was one of the highest grossing movies in the summer of 1980!