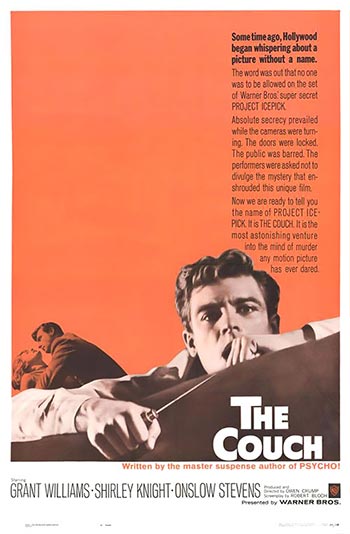 A serial killer (Grant Williams) and his therapy sessions with a psychologist are juxtaposed with his gruesome, successive murders in this standard thriller by director Owen Crump. The killer, Charles Campbell, is fixated on calling in his next murder to the Los Angeles police, confident that he will always elude capture. Dr. Janz (Onslow Stevens) might have his own views on that if Charles were to let him know how he really gets out his rage. In fact, the doctor himself is no more than a father figure to Charles — not a good analogy considering that the killer hated his domineering dad. The question remains, will the LAPD stop the killer before the world is minus one psychologist?