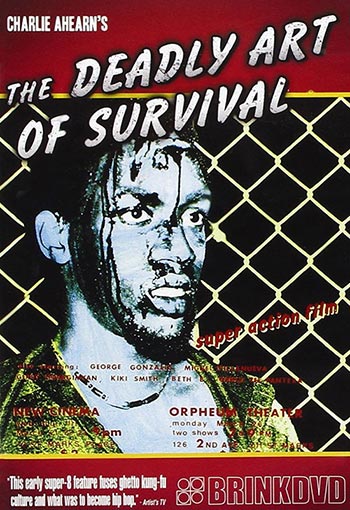 Before writer-director Charlie Ahearn shot his seminal hip-hop film “Wild Style” in 1982, he was directly exposed to the bourgeoning hip-hop, break-dancing and graffiti movement while shooting his super-8 martial arts epic “No Wave” feature, shot in 1979 around the projects of the Lower East Side, stars Nathan Ingram, a true to life martial arts hero.

In his movie incarnation, Nathan, unaware of a contract out on his head, is jumped and beaten bloody by a local street gang. Using his martial arts skills he sets out to get revenge and is pitted against a group of drug dealers operating from a rival karate school called the “Disco Dojo”.

The local handball courts were painted by graffiti legend Lee Quinones, who went on to star in “Wild Style”. In fact, this film is the film that lead directly to the making of “Wild Style” and is a must see for anyone interested in the roots of hip-hop at the intersection of Lower East Side art world, in the late seventies.