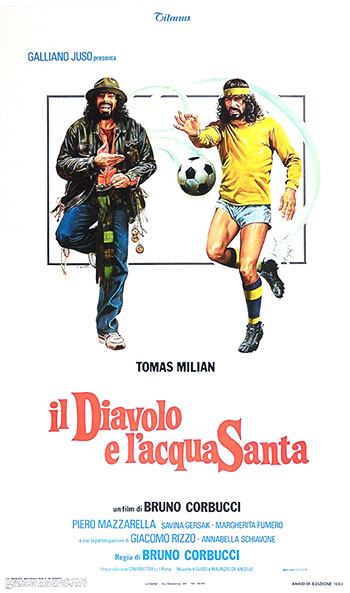 Up and coming portrait artist Alan Street is employed by the owner of a Soho Swingers Club to paint the nude hostesses. Whilst Alan relishes his new job his beautiful girlfriend is less than impressed. Bruno Marangoni, former center-forward of Rome, has fallen into disgrace due to a series of injuries, and now lives with gimmicks and small scams. At the height of despair he decides to commit suicide but is saved by the parish priest of a village, so he decides to move to the rectory.